Gandhi – A Planted ‘Mahatma,’ an Islamist, a Jihadi and a Fraud to the Core 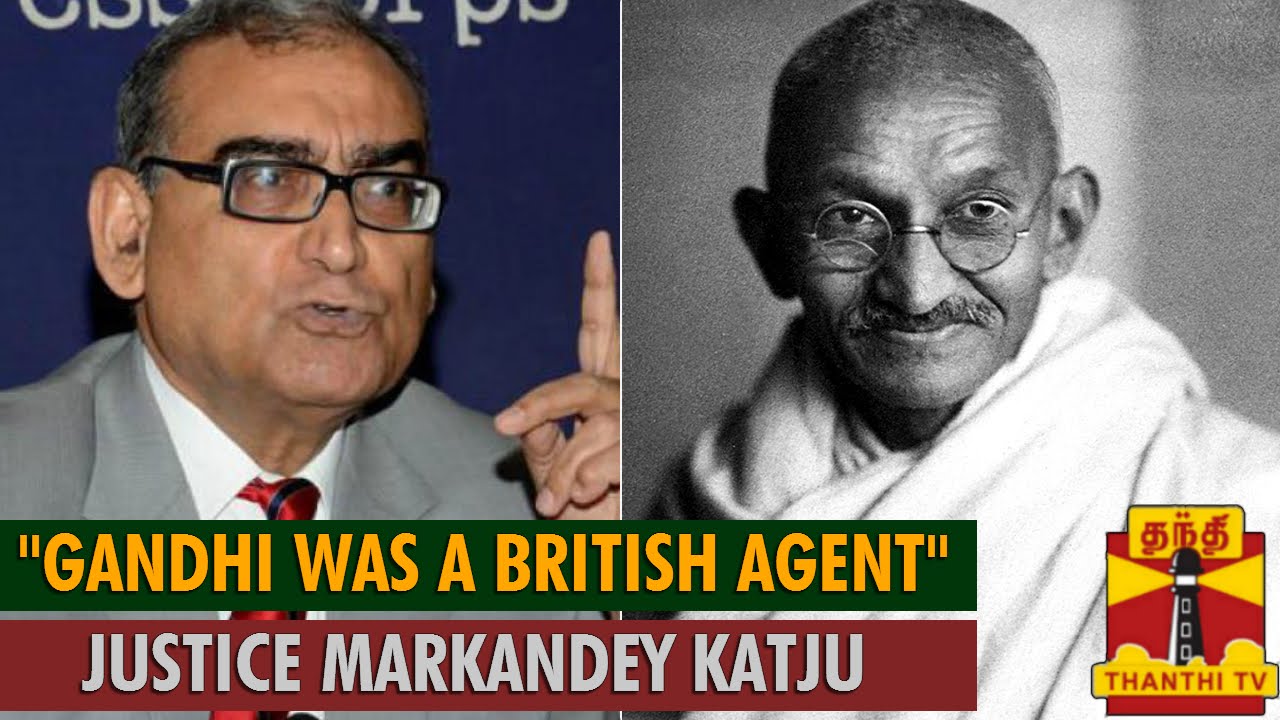 Mohandas Karamchand Gandhi’s history is full of events that prove the man was a hypocrite and a liar. The veil of sainthood gave him the necessary cover for his wicked tricks. He was a self-proclaimed torchbearer of Satya and Ahimsa.

The ferocious struggle led by the indigenous people of Bharat for over 1000 years of foreign invasion and domination could not damage the indigenous culture of Bharat. But The magnitude of attacks on India’s Vedic culture was very penetrative and destructive since India’s Independence, thanks to the Congress Raj in India under the Nehru-Gandhi family and the rise of the cult called ‘Gandhiwaad.’

The seeds of damaging India’s indigenous tradition through Gandhi were sown by C. F. Andrews, an Anglican priest and a Christian missionary who was friends with Gandhi in South Africa and happened to be one of the pawns of the queen of England. Andrew was instrumental in convincing Gandhi to return to India from South Africa and managed to provide gala entry to this British pawn in Indian body, Mohandas Gandhi in India.

Gandhi was a nobody in India, to begin with. However, an atmosphere was created for his grand entry into India even before his homecoming. He was made a talking point by the newspapers through paid editorials. The insignificant incident of South Africa was exaggerated in the media repeatedly. The episode of throwing Gandhi outside train in South Africa by a white man was highlighted and popularized to make Gandhi famous and garner public sympathy for him. The reality, however, was that the natives of South Africa never respected Gandhi because they knew he was racist himself. People of South Africa knew Gandhi was a loyal servant to the Crown. But the British controlled media, and Gandhi was planted as a ‘Pro India’ hero ready to lead the Indian struggle for freedom from the front.

In his autobiography, “My Experiments with Truth,” Gandhi admits that he had not studied single Hindu literature before he left for England for education. He also mentions that he began going to Churches, Mosques. He details his interactions with members of each community and briefs his learnings. He also says in the same book that his first introduction to Bhagavad Gita happened with he met Gokhale after he came back from South Africa. That means Gandhi had no knowledge of Hindu philosophy until about 46 years of age. In contrast, he had already spent a significant portion of his life studying Islamic texts and Christianity.

Therefore, it’s safe to assume that all his knowledge and experience came from Abrahamic religions when Gandhi reached India. He did not know Sanskrit, he had not studied any Hindu scripture, and he didn’t have any knowledgeable Hindu friends.

No wonder he tried his best to brainwash and Islamize India in ‘his own gentle way’ that caused such havoc and bloodshed, likes of which India had never seen before.

Gullible Hindus saw him in a Hindu saintly outfit. They had already been brainwashed using paid media to consider Gandhi a great hero coming from South Africa. So, it was easy for the British to plant this pervert as a holy person or ‘Mahatma’ to them.  They knew not how deep and for how long this man’s hypocrisy and wrong decisions would cut into Indian consciousness and hijack India’s sovereignty and identity. 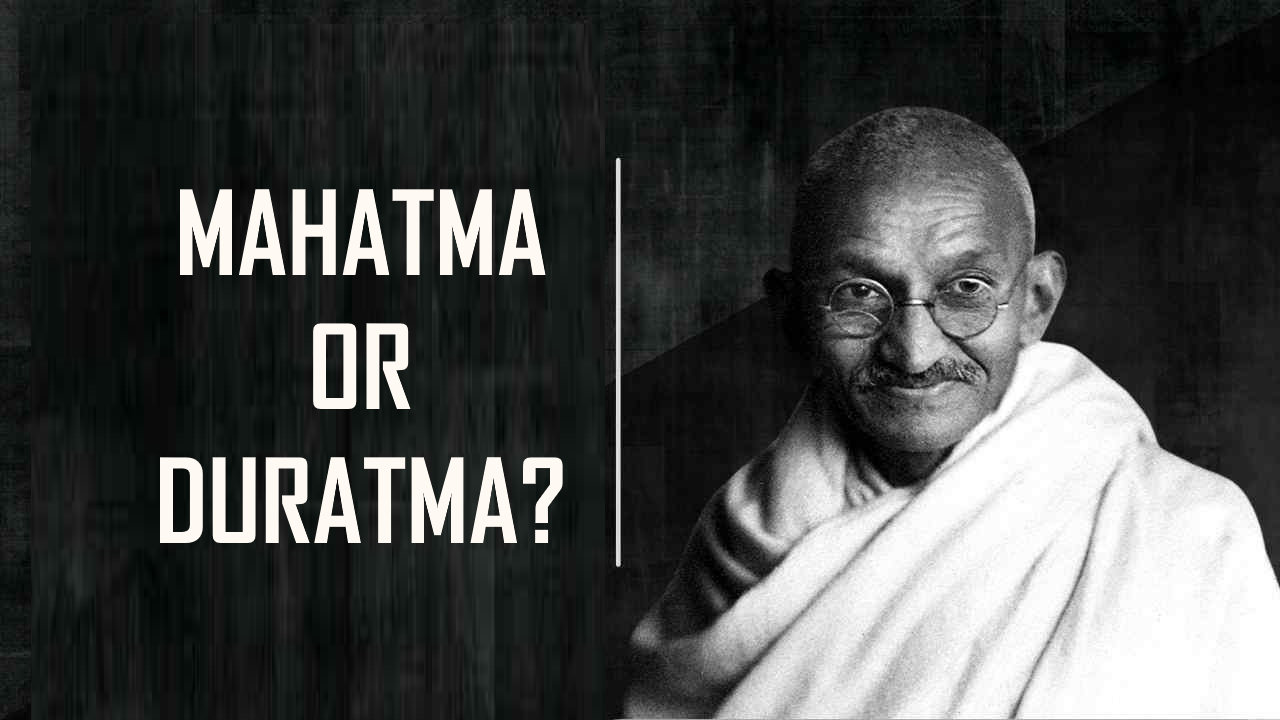 Gandhi was never a ‘Mahatma. He was a ‘Duratma’ indeed whose sole aim was to keep Hindus disillusioned by his word wizardry, emotional blackmailing, and spread Jihad on behalf of Muslims as much as possible.

He started the Khilafat movement to energize India’s Muslims, which materialized into the Moplah Hindu massacre in which thousands and thousands of Hindu lives were lost. And when all was done, Gandhi called those Moplahs God-fearing, brave patriots.

Gandhi knew what Jihad meant since he was already introduced to this concept before reaching India. So, he was ready to act and help spread Jihad. As it appears, he began the process with modifications to the famous “Ram Dhun” bhajan like this:

On the surface, he changed the line to introduce Allah for spreading Hindu-Muslim unity that he promoted at all times without any visible materialization of such a unity in his lifetime.

But, if Gandhi was so secular and not pro-Islamic Jihadi, he should have added names of Ram or Krishna or any other Hindu God’s word in the Muslim Kalma or Islamic hymns to invoke similar sentiments among Muslims too, right?

But that was not his aim. His idea was to do Jihad, where he wanted Hindus to chant the name of Allah while doing their prayers. That distorted version of the bhajan became his hallmark bhajan and continues to this day unimpeded. Again, the gullible Hindus have been brainwashed that Gandhi was a Mahatma, and so if he said so, it must be the right thing to do. Time to wake up from this long slumber!

The glorification of Islam by Gandhi emboldened Muslims. They became more assertive and committed unspeakable crimes against Hindus wherever they found an opportunity. On the side, the Britishers were building churches, state-sponsored religious conversions were happening on a large scale.

On the other hand, Gandhi was brainwashing Hindus to consider Muslims as their brothers and not fight with them even when they were ready to murder all the Hindus of India. Gandhi gave long lectures on this, encouraging Hindus to do absolute ‘Ahimsa’ when faced with ‘Himsa’ from Muslims.

The two-pronged attack on Hindu Civilization weakened the Hindu mindset. Hindus became secular apologetic for being Hindu, and Muslims and Christians kept rapidly making deep inroads into Indian society. The damage done to the Vedic culture was so severe and long-lasting that the cult of Gandhi, also known as ‘Gandhiwaad,’ still dominates India’s national politics even after so many decades.

You should know that Gandhi supported the erstwhile Khilafat movement to save the Caliphate of Turkey, which had nothing to do with India or the relationships of Indians with the British.

Gandhi’s core agenda of the Khilafat movement was to establish Muslim Raj in India after chasing out the British with the help of Muslims. He also convinced Hindus to participate in this movement. Finally, the movement ended after the Mophlah Massacre of Hindus that claimed many thousands of Hindu lives, which the bloodthirsty Muslims of Moplah mercilessly butchered. Gandhi did not say a word to condemn the barbaric acts of Moplahs.

When his Khilaphat movement failed, there is evidence that anti-national and Jihadi Gandhi had sent a letter to the Amir of Afghanistan in a conspiracy alongside Ali Brothers to invade India, chase out the British, and establish Muslim Raj in India. You can read more about that in this post.

Aligarh Muslim University (AMU) played a central role in spreading hatred against Hindus, discourses around Islamizing India, and creating a separate Islamic state of Pakistan. ‘Mahatma’ Gandhi was the top mass leader of that time. But he never said a word against AMU.  He never opposed AMU. The silence and acceptance of Gandhi led to a massive movement among Muslims, which ultimately resulted in the terrorist state of Pakistan. Therefore, Gandhi is definitely the ‘father of the nation,’ but for Pakistan, not India!

If India was really so poor and backward, then why did Britishers come? Did they come to clean our rears when we answered nature’s calls?

Since childhood, we have been told over and over that India is a poor country. This concept was thrust on us by the British, and governments of Congress have continued to peddle it for a very long time. As a result, we all became spineless, apologists, and shameful towards our rich resources and prosperity, instead of showing the positive side of India that it is naturally gifted and has the most fertile land in the world. We were made to feel timid, helpless, and weak by our government so that we could not retaliate against them and remain submissive to their rule.

As we know, the Hindu religion doesn’t teach submission, but it encourages every individual to take the journey of self-discovery, to seek. But the Abrahamic religions such as Islam and Christianity demand complete submission to the ‘one true God.’ Followers of these Abrahamic religions are not supposed to ask tough questions. They have to accept what is written in their ‘book’ and live in total submission to it.

Gandhi spread the concept of submission among Hindus and made them timid, blind followers. The Congress party fortified this process by censorship on the passage of Information even after Independence. Many uncomfortable truths about Gandhi were classified. Nathuram Godse’s speech, “Why I killed Gandhi,” and his brother, Gopal Godse’s book, “Gandhi Vadh Kyon,” were banned from being printed for the public. Under the Manmohan Singh’s government of Congress party, even they brought a bill (albeit it didn’t pass) that would have made it illegal to speak negatively of Gandhi. Such devastating has been the impact of Gandhi on Indian politics!