Mahatma Gandhi’s Non-Violence and Experiments with Celibacy, Against Indic Consciousness 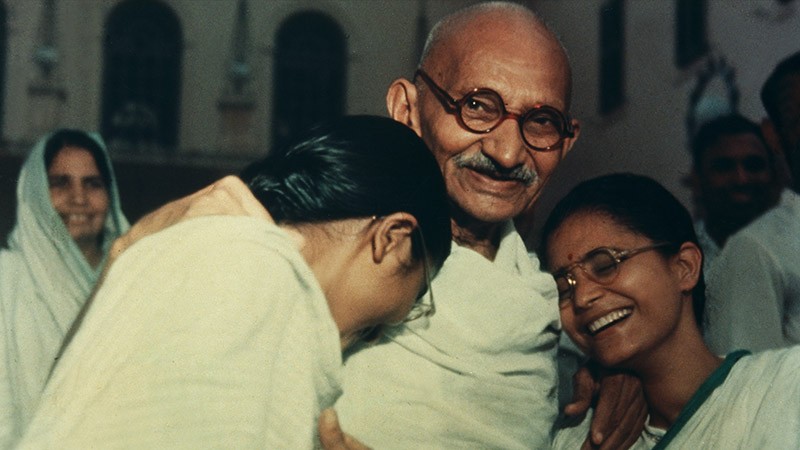 India, that is Bharat, is known to be a land of seekers, yogis, and intellectuals who spent a lifetime seeking truth. From great emperors of ancient Bharat to great rishis such as Vasishta, Vishwamitra, and many others did various experiments in the fields of Yoga, Mantra and wrote many books to guide humanity.

Experiments are in the very nature of India and its consciousness. But what makes Gandhi’s experiments unique and controversial to the level of sickness is the nature of his very experiences and his philosophy.

The non-violence philosophy is not something that Gandhi invented though leftists and the liberal historians and the propaganda machinery has promoted him as nothing less than that. ‘Ahimsa’ (non-violence) is an essential ingredient of living as prescribed in all Shashtras of Indian civilization. The non-violence movement is one of the main principles in Buddhist and Jain communities both of which flourished long before Gandhi ever set foot on this earth.

But, non-violence is an individual practice. It teaches how an individual should conduct oneself to live in harmony with nature. It’s a beautiful concept that should be understood and followed at an individual level.

However, the principle of non-violence cannot be adopted as a national policy. A nation cannot protect itself from a violent aggressor with this kind of non-violent attitude. World history is full of examples where violence was the only way to bring peace and protect peace-loving folks from aggressions of violent people.

Gandhi never understood this (or didn’t want to) basic knowledge that even a 6th grader can easily understand. Not only he didn’t understand, but he also spent his entire life preaching this to the world, especially gullible Indian Hindu masses. Perhaps he was working as a British agent towards their agenda of unarming and weakening the nationalist forces in India?

On the contrary to his own philosophy, Mahatma Gandhi wholeheartedly asked people to join British forces and fight from their side in the world war! So, what was he? If he believed in non-violence, then why occasionally ask Indian people to do violence for the British but not for their own freedom from the British? These questions should be discussed in the public domain.

In Indian civilization, Brahmacharya (Celibacy) is prescribed from the Vedic time as the first phase in the life of individuals during the time of education. There are four stages of our lives known as prescribed in Shastras:

But, defying all norms of life as prescribed so well, Gandhi not only started his weird experiments with celibacy in his old age, but he also made many other people, their wives, their sisters, and their daughters to participate in his program. During this experiment period, the next step was for young girls, women to sleep naked with ‘Mahatma’ Gandhi. The experiments included sleeping naked with him, taking bath naked in his presence, and massaging each other in a fully naked state.

There are not 1 or two girls/women who ‘Mahatma’ Gandhi made to participate in these experiments, but if we go with Gandhi’s writings and information available in the public domain about his experiments, there are more than thirty such names listed.

There has never been an example of such unique and out-of-character experiments in many thousands of history of Indian civilization by any soul who could even closely related to be called a ‘Mahatma’. Gandhi was very insistent that this was the right thing to do as revealed by the letters exchanged with his own supporters and followers. When questioned by his contemporaries or well-wishers who understood his sexual obsession, he justified it very skillfully as ‘experiments of truth’ and marched on.

For reference on Gandhi’s Brahmacharya Prayog or experiments with celibacy, here are two articles worth our time:

Bathing with women, sleeping with naked girls: Read about Gandhi’s ‘experiments with celibacy’

Indian people need to recognize the true characters of their Baapu, their ‘father of the nation’, and decide for themselves if he still deserves that respect and if their politicians should keep fantasizing and fooling the nation in the name of ‘Gadhiwaad’…