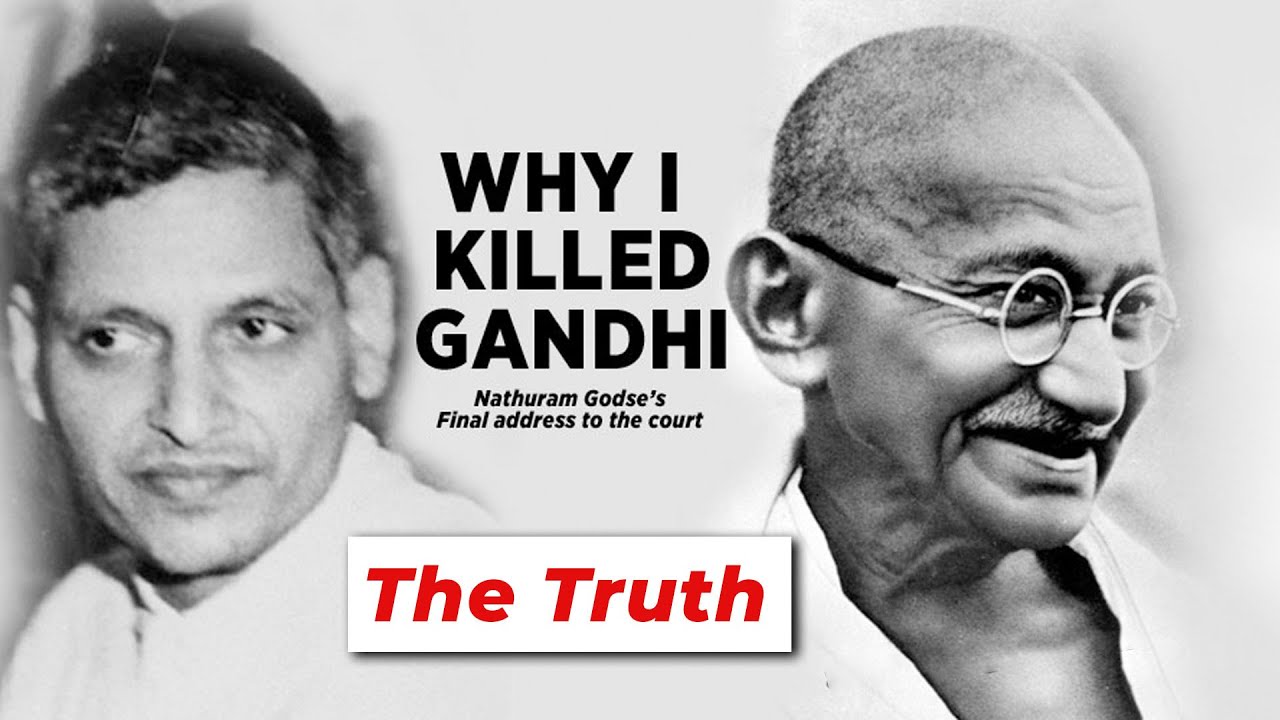 Why Nathuram Godse killed ‘Mahatma’ Gandhi and what he said in his defense in the court of law after the assassination of ‘Baapu’ is now out in the open. After years of wait, finally, the words of Nathuram Godse are available for all of us to read via his book which contains his speech in the court while he was tried for ‘Mahatma’ Gandhi’s assassination. , Why I Killed Gandhi (kindle version) or Why I Assasinated Gandhi (paperpack). You can also get PDF of the book through some of the online libraries.

Unlike how the successive Congress governments had portrayed Nathuram Godse in the center, the reader cannot miss noticing the deep knowledge and clarity of thought with which Nathuram Godse presented himself in the courtroom. His language his narration are so authentic and emersed with Indic civilizational values that one cannot disagree with him. The way Nathuram Godse argued his case stunned everybody, including the judges. Many women were in tears when they heard him.

Justice G.D. Khosla writes this in his, “The Murder of the Mahatma” on pages 47-48 about the proceedings in the court: 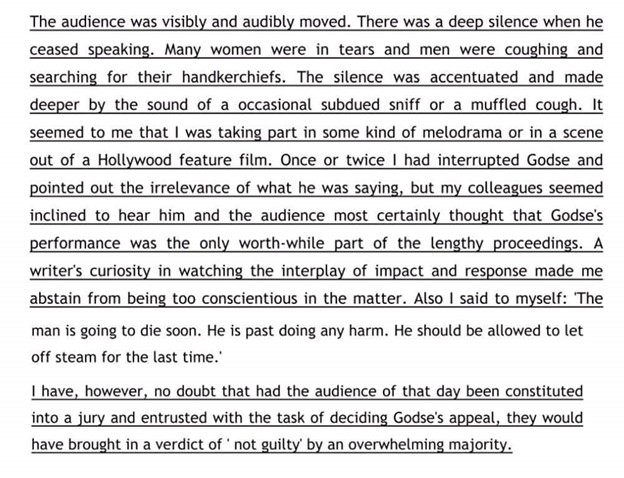 But all this information was kept hidden from the Indian public for decades, and Nathuram was systematically projected as a lunatic who went crazy and shot the Mahatma unjustly.

Having discussed the authenticity of Nathuram Godse and the impact he had on the judges and those who heard him speak in the court sessions, let’s find out what he said about Gandhi. He said that Gandhi’s influence in the Congress party first increased after the demise of Lokamanya Tilak the year 1920. Then Gandhi went on to become the supreme. His activities for public awakening were phenomenal in their intensity and were reinforced by the slogan of truth and nonviolence, which he paraded ostentatiously before the country. Gandhi was so blatant in promoting his agenda that he wouldn’t hesitate even to demonize and criticize the revered figures from Indian civilization.

In Nathuram Godse’s own words:

Rama killed Ravana in a tumultuous fight and relieved Sita. Krishna killed Kansa to end his wickedness; and Arjuna had to fight and slay quite a number of his friends and relations including the revered Bhishma because the latter was on the side of the aggressor. It is my firm belief that in dubbing Rama, Krishna and Arjuna as guilty of violence, the Mahatma betrayed a total ignorance of the springs of human action.

In more recent history, it was the heroic fight put up by Chhatrapati Shivaji that first checked and eventually destroyed the Muslim tyranny in India. It was absolutely essentially for Shivaji to overpower and kill an aggressive Afzal Khan, failing which he would have lost his own life. In condemning history’s towering warriors like Shivaji, Rana Pratap and Guru Gobind Singh as misguided patriots, Gandhiji has merely exposed his self-conceit. He was, paradoxical as it may appear, a violent pacifist who brought untold calamities on the country in the name of truth and non-violence, while Rana Pratap, Shivaji and the Guru will remain enshrined in the hearts of their countrymen forever for the freedom they brought to them.

If you have had any doubt about Gandhi’s respect for the revered personalities of India like Guru Govind Singh, Chhatrapati Shivaji Maharaj, or the great Maharana Pratap, hopefully, your doubt has been answered by Nathuram Godse’s book. You should know that every revered leader of Indian history who ever fought with the barbarian invaders, who protected our boarders and punished the likes of Mughals, failed to earn Gandhi’s respect and he regarded them as ‘misguided’ people against Gandhi’s all knowing wisdom. 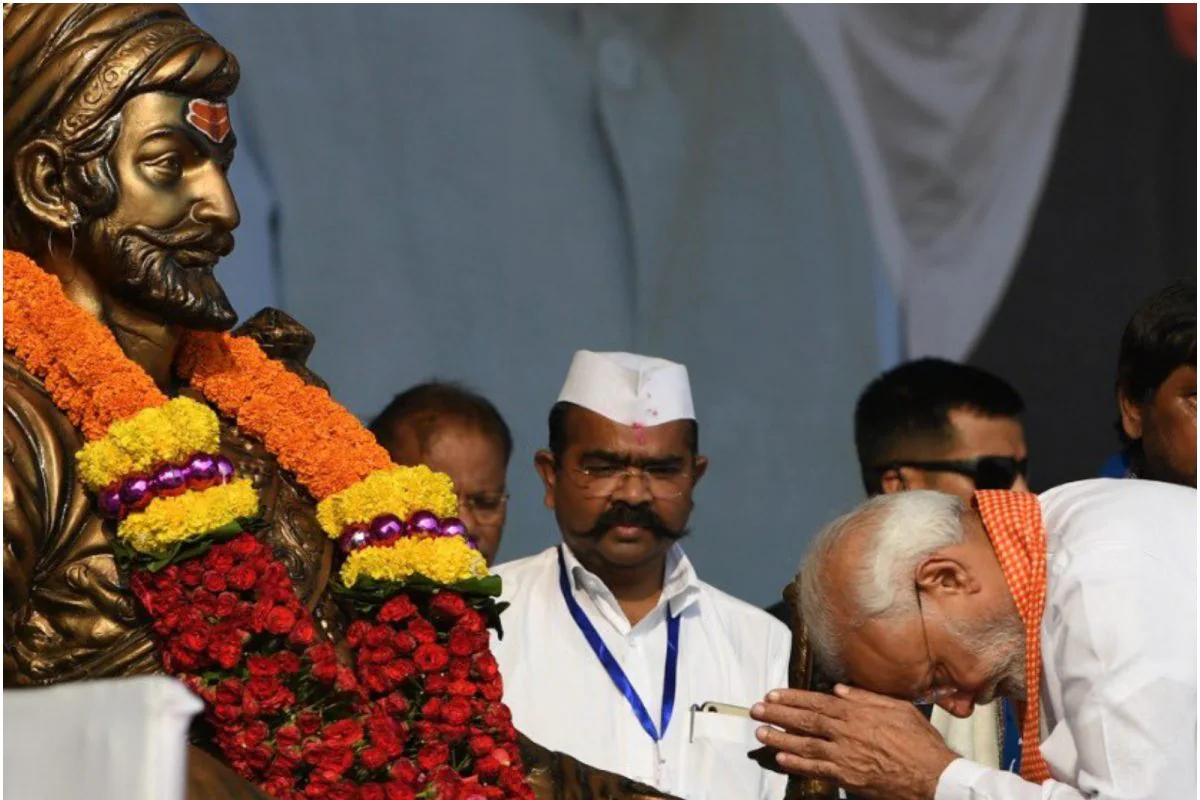 Gandhi is promoted as a person who was always reading Bhagavad Gita, who found answers to all his problems in the verses of Gita. But the question to ask is if Gandhi really read and then understood Gita, and if he really believed in the teachings of Lord Shri Krishna, didn’t he know that Bhagavad Gita was spoken to bring Arjuna to his senses so that he could fight and win the great battle of Mahabharata?

Didn’t Gandhi know that Shri Ram had to build a bridge, gather a vast army of wild animals and attack Lanka to challenge the Ravana to free Sita in case of Ramayana? Was Gandhi, who kept singing the song of “Raghupati Raghav Raja Ram…..”, not aware that Shri Ram was not a “non-violent” person who would fast until death for everything and indeed who killed many Rakshashas during his lifetime in armed conflicts?

Gandhi’s double character is evident from the fact that at one end, he decrees that non-violence is the only solution to all problems of all kinds. Still, on the other hand, he claims he knows and believes in Shri Krishna’s teachings of Bhagavad Gita and sings glories of Lord Shri Ram Chandra. He was just like politicians of today who will contradict themselves on the same topic depending on place a time just as it suits them.

From the words of Nathuram Godse and by looking into Gandhi’s hypocrisies, it’s almost naturally clear that Gandhi, indeed, was a violent pacifist who had respect for no one; he trusted no one. Gandhi was the judge and the jury himself for everything. He was a dictator dressed up in a saintly dress who was the reason for tens of millions of people’s death around his 20-30 years of dominance in Indian politics until his death.

‘Mahatma’ Gandhi was just an opportunistic politician who used great words like ‘Satya’ and ‘Ahimsa‘ to mesmerize innocent people under his influence for personal gain and establish himself at the center of everything and succeed. In his own words from his ‘Experiment with Truth’, he had no knowledge of Hindu Shastras. He seems to have more influence in his life from Abrahamic religions than his own religion. He had double standards there too. While he kept singing ‘Raghupati Raghav Raja Ram…” he never criticized Islamic atrocities on Hindus in India and openly blamed Hindus for the unrest.

Indian people need to recognize and reject the fraud called ‘Mahatma’ Mohandas Karamchand Gandhi and educate future generations about this deceit so that no one else can fool them like Gandhi again.