‘Mahatma’ Gandhi and his Broken Promises, Many Love Experiments 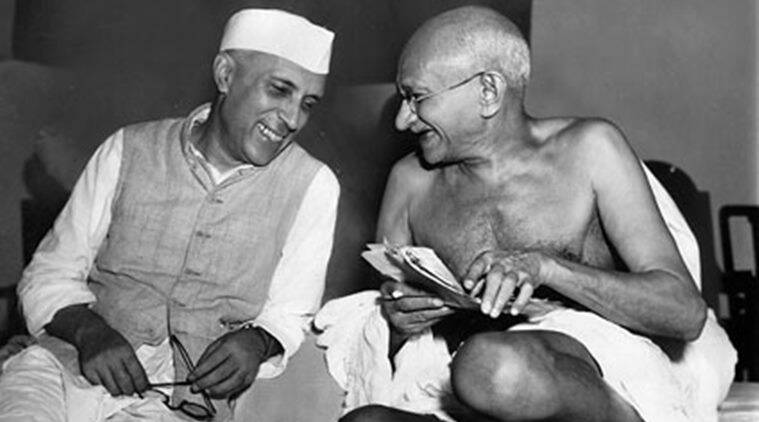 For example, Gandhi promoted that a man and woman should not have sex unless they are doing so to produce progeny. He argued that the animal kingdom follows that rule without fault but humans make wrong choices because of freedom of choice and indulge in sexual activities just for enjoyment.

Therefore, 31 years old Mohandas Karamchand Gandhi takes the vow of Brahmacharya (Celibacy) along with his wife and then he became the father of another son. Such was his commitment level, and such was his fortitude.

Before ‘Mahatma’ Gandhi was sent off to England for his higher education, according to Gandhi, his mother took three vows from him. Here is the part of the promise from Three Vows | GANDHIJI (mkgandhi.org) :

Mother: “The first would be not to drink alcohol. Secondly, you promise not to touch non-vegetarian food. The last promise would be that you would treat all other women as your mother or sister. Are you willing to take the vows?”

Mohandas: “Yes, I would be glad to do that!”

Mohandas: “Mother, I bow at your feet and promise that I won’t eat flesh, won’t drink alcohol, and look upon other women as my mother or sister!”

Apparently, the first two promises of staying vegetarian and avoiding drinking were kept and there is no proof of Gandhi ever eating meat or drinking alcohol. So, kudos to him! A countless number of Indian people within India and around the world have kept that vow too and don’t even talk about it. So, not s big deal.

But, what about the third and the most difficult of all promises? Let’s explore…

So that you don’t get confused, please note that he was already married before he left for England. So, he was supposed to look at every woman as a mother or sister for the rest of his life.

When he was 40 years old, he began feeling, in his own words, special attraction towards his own friend’s wife,  attracted and developed a very intimate relationship with Millie Polak, wife of his good friend, Henry Polak. She even stayed with him in his own house in South Africa.

48 years old and on the eve of his greatest nationwide success in 1920, Gandhi experienced an intensely personal passion for young, golden-haired, blue-eyed Danish beauty, Esther Faering. He brought her to her Ashram and when his wife objected and scolded Ester, he sided with Ester.

51 years old Gandhi was “utterly charmed” by Sarala Devi after hearing her sing. She was the daughter of Rabindranath Tagore’s sister and was very accomplished. She was a poet; she sang at nationalist gatherings, and she sang beautifully. Gandhi called her his ‘spiritual wife’ and she comes in his dreams while her husband, Rambhuj Dutt was still in jail. It became a huge controversy at that time.

60 years old Mahatma Gandhi begins to love 18 years old Prema Kantak. She is so enchanted by his personality (let’s not forget he was already running the Congress party and influential enough to command a huge following) that she shifted into his Ashram.

65 years old Mahatma Gandhi teaches how to wear clothes to 35 years old German woman Margaret Spiegel and tells her that under the thickness of the Saari if she wears underwear just like he does, that should be fine.

79 years old Baapu gets a naked massage from 18 years old and beautiful girl Sushila Nair on the name of treatment. He also takes naked showers with her. However, as per the narration, since he keeps his eyes closed while taking naked showers with her, he can’t say if she took shower completely naked or in underwear. The honesty of the superlative degree!

These are some of the stories available in the public domain. But the list of women whom Gandhi used as his test subjects for ‘Brahmacharya Prayog’ is exhaustive. Did he treat these women as his mothers and sisters and daughter? Would anybody sleep naked with his own mother/sister/daughter? And if they do that, is there any country in the world which will call such as a person, ‘Mahatma’?

India needs to wake up! Indians need to realize that the legend of ‘Mahatma’ Gandhi is built on the false tale of greatness. The picture of the real person that Gandhi was, is a dirty one. This filth of Gandhi needs to be exposed and politicians need to stop defending ‘Gandhiwaad’ and stop imposing him as the ‘father of the nation’, ‘Baapu’ and ‘Mahatma’ He was none of it and it’s very clear.