Gandhi’s Relationship With The British, Hate for Hindus and Love for Muslims 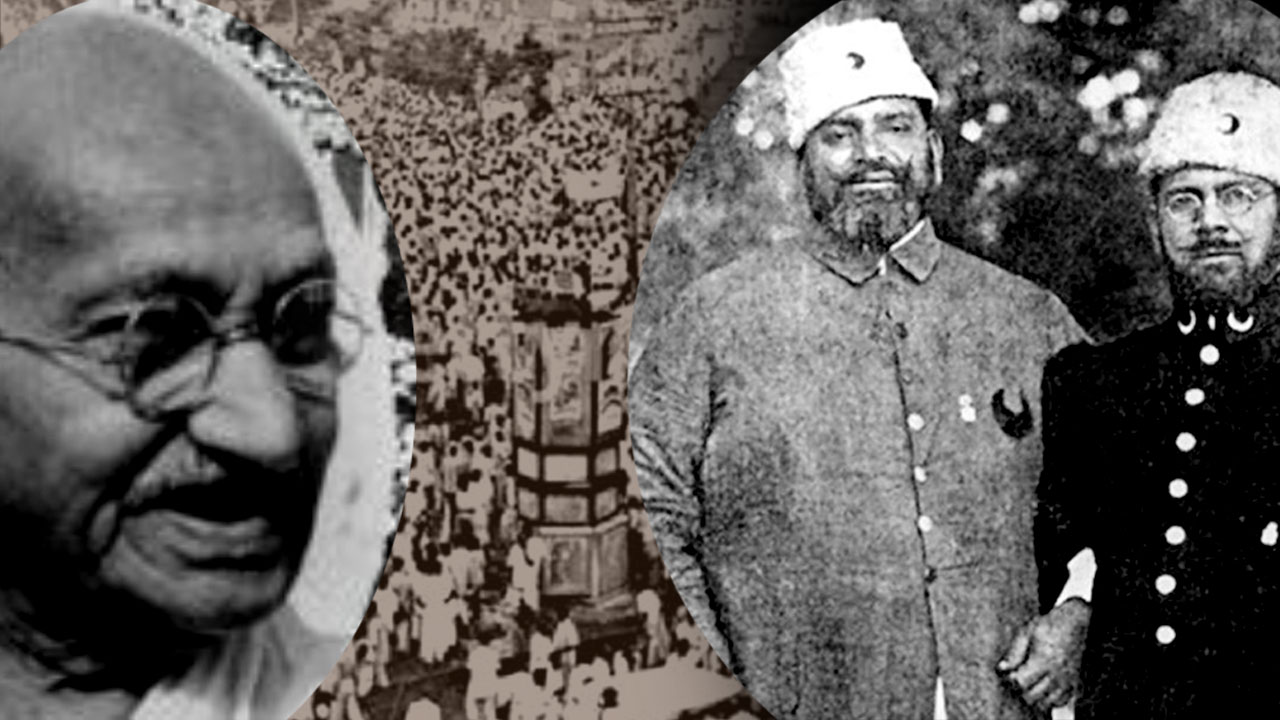 Did you ever think why only Gandhi was treated as the poster boy of India’s war for independence, especially since his death? Ironically, he was made the ‘Father of the Nation,’ and countless people across the country who sacrificed their everything to secure the freedom of their motherland have no depiction in India’s history books at all.

But if you stop to see Gandhi in the same light as the politicians of India want you to see, and instead, look at his legacy objectively, only then you can realize that Gandhi left a legacy of bitter memories, subjugation for Indians, and the unfortunate birth of a failed state called as Pakistan that is also a terror state threatening India and the rest of the world since its inception.

We have discussed before his relationships with the British. But did you ever wonder why Western countries and Britishers revere him publicly, especially in the 21st century? Are they so impressed by his resilience and his non-violence movements against them in India’s struggle for Independence? If so, how come they do not seem to follow any of his principles and just provide him with the lip service? Why do they keep on creating new weapons of mass destruction and yet preach Gandhi’s method of non-violence to others?

The real explanation of their love for Gandhi can be summarized from the following excerpts:

Ellen Wilkinson, a British MP from the House of Commons, stated that ‘GANDHI WAS THE BEST POLICEMAN THAT THE BRITISHERS HAD IN INDIA.’

Clement Attlee also clearly stated that Gandhi had negligible contribution in the Indian Freedom struggle. Subhas Chandra Bose was the one leading the fight for Indian independence from the forefront.

Through their experience with Gandhi and the level of his loyalty to the crown, the Britishers had found a perfect ally in him for the Indian atmosphere. They launched him in India, and for his contribution to the British empire since his arrival in India in 1915, the least they could now do is to promote him as a ‘Mahatma’ and try making him a messiah for peace. That’s their reason for the love and respect for Gandhi.

Gandhi was anti-Hindu from the beginning, as evident from his behavior and conduct. But, instead of acting in the same manner as the Christians and Muslims, he orchestrated small yet significant steps to alienate Hindus from the Hindu Dharma. He modified the lyrics of the popular Rama Dhun “Raghupati Raghav Raja Ram” from its original version to please his Muslim friends. Some call that as his act of ‘Jigad’ where he forced Hindus under his influence to repeat the name of ‘Allah’ with this modification in their daily lives. It should be noted that he modified the bhajan to introduce the line ‘Ishwar Allah Tero Naam.’

Gandhi did not know Hindu Shastras, and even if he did, he did not believe in them. The concept of Rama was not the historical character as portrayed in Ramayana, who was the son of ‘Raja Dasharatha.’ Gandhi’s Rama is more in line with the definition of ‘Allah’ or the ‘one true God’ of Abrahamic religions. Similar was his view of Shri Krishna and Mahabharata. Gandhi has talked at lengths explaining how he doesn’t believe Ramayana and Mahabharata ever happened.

He was never appreciative of Hindu and Sikh resilience against the Islamic invaders. He was not even hesitant in his efforts to disarm Hindus and Sikhs through his fraudulent method of teaching non-violence only to them. He tried his best to demonize or belittle the tall glorious characters from Indian history. He put this in mild yet affirmative words, and he stated the following (Gandhi’s collective work volume 31, page 142):

But by the test of the theory of non-violence, I do not hesitate to say that it is highly likely that had I lived as their contemporary and in the respective countries, I would have called every one of them a misguided patriot, even though a successful and brave warrior.

Gandhi was honest enough to clarify that Rama Rajya for him was not the ‘Hindu Rajya.’ But for him, it was like ‘Khuda Rajya’ or ‘Califate Rajya.’ This was an unambiguous indication of his religious leaning and intentions. But the foolish Hindus, as Hindus have always been, were so mesmerized by his dress that they didn’t pay attention to his intentions. They treated him like a Mahatma who respected Hindu Dharma and followed, realizing not that his mission was to disarm them and make them weak for British rule to continue unimpeded as long as possible.

Gandhi and his Love for Islam

Understandably Gandhi was always in awe of Islam. He had spoken very highly of their prophet and proclaimed that it was indeed the religion of peace and that Mohammad was a ‘Fakir.’

But very conveniently, he forgot that in Quran (4:48), it is mentioned, “Indeed, Allah does not forgive association with Him, but He forgives what is less than that for whom He wills. And he who associates others with Allah has certainly fabricated a tremendous sin.”

So, if this verse from the Quran is accurate, and Gandhi understood it correctly, what gave him the authority to associate Allah with Ishwar in his ‘Ram Dhun’ bhajan? Wouldn’t that be a punishable offense as per Islam? But none of the Islamists objected to him and his blasphemy of Islam, and Hindus were fools anyway who would accept anything coming from a guy disguised as a saint.

Gandhi was one of the leaders involved in the weakening of Arya Samaj. He started the Khilafat movement for his Muslim brothers that eventually destroyed many thousands of Hindu families in 1920 due to the Moplah Hindu genocide.

As a matter of fact, Gandhi did not return the honor of ‘Kaiser-I-Hind’ bestowed on him by the Britishers in 1919 after the British massacred thousands of people in Jallianwala Bagh. But he did so when the British government refused to honor his Khilafat movement and refused to establish Caliphate in Korea. Such was Gandhi’s love for Islam.

Gandhi practiced deep secular values and preached Islamic values, influencing his own children. So much so that one of his sons’ converted to Islam and was re-converted to Hinduism by Arya Samaj at the behest of his wife, Kasturba Gandhi.

That Gandhi revered Quran as a holy book that needed to be treated and accepted by Hindus. His love for Quran was such that he allowed it to be read in a prayer meeting in his presence and said this:

There are many facets of Gandhi’s life that are yet to be seen and understood, and brought out in the public domain in an objective and unbiased manner, for it is in the best interest of our fellow countrymen. Indians must take time to understand who Gandhi was, in reality, and understand history from their lens and not what is painted by the leftist historians. This is the only way to free India and Indian people from the clutches of the cult of ‘Gandhiwaad‘ that has plagued India for more than 80 years at least.